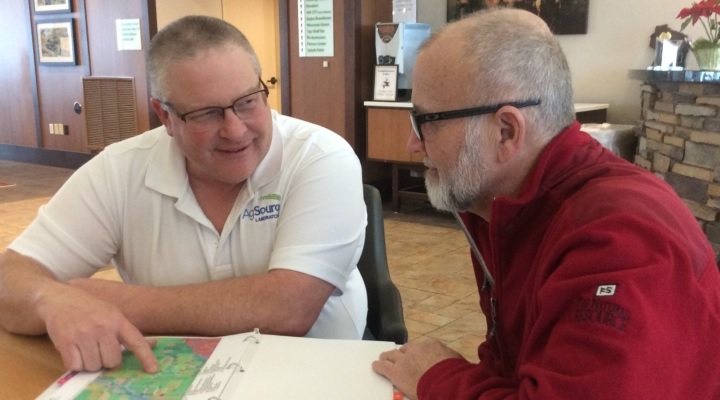 Some farmers have developed nutrient management plans for their farms because they were forced to do so by regulators. Others have done so because they simply believe it is the right thing to do.

But regardless of the reason, most farmers agree that the recommendations included in their nutrient management plans have saved them money and been good for the environment.

Nutrient management refers to the use of manure and other fertilizer to meet crop nutrient needs, while reducing the potential for them to run off fields to lakes, streams and groundwater, according to the Wisconsin Department of Agriculture, Trade and Consumer Protection (DATCP). A plan helps ensure that crops get the right amount of nutrients – nitrogen, phosphorus and potassium, often referred to as N, P and K – at the right time, source, rate and place. This benefits the farmers by improving crop yields and reducing costs and the environment by keeping nutrients on fields and preventing them from running off to streams or down to groundwater.

Statistics from the DATCP show that in 2018, a little more than one-third of Wisconsin crop acres were covered by nutrient management plans.

Farmers can educate themselves about how to develop a plan on their own, hire an independent crop consultant or employ the services of a farm supply store or local cooperative.

Still another option that has gained popularity over the years is to work with the agronomic consulting team at AgSource Laboratories. AgSource has 11 consultants across Wisconsin and northern Illinois to conduct soil tests and help farmers develop and implement nutrient management plans that suit their farms.

Kurt Olson Jr., a dairy and crop farmer from Birnamwood, has had a nutrient management plan on his farm for more than a dozen years. He initially was required to adopt a plan when he received cost-share funds for a manure-storage unit, but has continued to update and follow a plan ever since.

“I’ve never regretted it,” Olson said. “We’re all about maximizing tonnage per acre, and our (nutrient management) plan has helped us do that.

“We have worked with Chuck (Bolte) from AgSource the whole time we’ve had a plan in place, and he’s just a wealth of knowledge. He keeps us on a schedule. We don’t even have to call Chuck, it’s just done – he takes care of it. That’s nice.”

Bolte’s services for the farm include intermittent soil tests to determine what nutrients are needed, tissue samples of the corn plants and a written plan that details where and when manure should be spread.

This year, Bolte spent extra time on the farm to determine what to do about the winterkill that damaged much of the farm’s alfalfa crop.

“It was the worst our farm has ever seen, but we’ll weather it just like we’ve weathered every storm,” Olson said. “You have to be optimistic if you’re going to be a farmer. You can’t lose sleep over what you can’t control.”

Olson grows crops and alfalfa on about 1,250 acres and milks 560 cows.

Steve Carpenter, a dairy and crop farmer from Darlington in Lafayette County, uses the services of AgSource agronomic consultant Roger Geisking for his nutrient management planning.

Geisking helped Carpenter develop a plan when he expanded his herd from 200 to 400 cows and later when he added another 200 cows to reach his current herd size of 600.

“The biggest thing I like is finding out how much we have saved on fertilizer,” Carpenter said. “I don’t know if many farmers really value manure as they should. We use very little commercial fertilizer now and it has saved us a lot of money.”

Carpenter said having his nutrient management plan on paper gives him “peace of mind” when it comes to dealing with regulators and neighbors.

“I was in the county Extension office the other day and one of my neighbors was in there asking about getting his water tested,” Carpenter said. “I told him I would like him to let me know if he had a problem (with his water). We’re very conscious of our neighbors, and having that piece of paper allows us to say, ‘Here are our gallons of manure per acre, here’s our plan. Here are the areas we can’t apply it.’ We have some good neighbors who understand what we’re doing.”

Carpenter said he works with AgSource because Geisking is knowledgeable and easy to work with.

“They’re pretty conscientious, too, to make sure you go by the guidelines,” he said.

As for the cost of the plan, Carpenter sees it simply as a cost of doing business.

“I couldn’t even tell you exactly what it costs – to us it’s just something we need to do, for the environment and for our peace of mind,” he said. “Everybody should have a nutrient management plan. It’s a great educational tool.”

Chuck Feider, a dairy and crop farmer from New Holstein, works with AgSource agronomic consultant Tim Boerner. Feider, who milks about 600 cows, said he had a nutrient management plan on his farm before it was a requirement.

Developing a solid plan starts with a soil sample that provides a baseline of what nutrients the soil contains and what it needs.

“Once you know what’s in your soil, you can apply manure and whatever else is needed besides that,” Feider said. “The more you’re into it the more it looks obvious on what you need and what your farm is doing. It’s kind of a long-term process.”

Feider said he has an “ongoing conversation” with Boerner throughout the year after developing the annual plan in the spring.

All three dairy farmers said if their nutrient management plans weren’t financially beneficial they wouldn’t be so anxious to spend time or money on their implementation.

“If it’s good for your business, you need to do it,” Feider said. “It’s like an insurance policy to help you with problems that could arise.”

Feider said he works with crop consultants, too, but relies on Boerner for anything related to his soil’s health.

“(Tim) has a wealth of information to answer a lot of questions,” Feider said. “He’s good at what he does.”